"Graffiti Characters" Are Back with Lorenzo "Zoe" Acosta & Puna the Magic City Flamingo!

Over the years, every time I would visit Miami I wanted to somehow see a real flamingo and an alligator.  Magical creatures originating in the Magic City, but they weren't just walking around Wynwood, Bicayne Blvd., or the Beach.  You had to go much further west--unless....you look close around the art areas.  It was there that I found the funkiest, giant pink bird and coolest gator painted on the walls of Wynwood and random spots around the city.  This was just as good as it was the true city essence from a local artist. 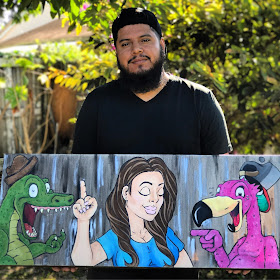 Lorenzo "Zoe" Acosta
Upon relocating here last fall I found these characters more often as I became familiar with the neighborhoods.  One day my amigo and editor of the late, great "Talk Off The Walls" street art magazine took me on a "hidden gem" tour and we ran into Lorenzo Acosta, painting in Allapattah (west of Wynwood.)  Yes!  The artist who created that flamingo.  He was painting with Andrea aka FreakyKissDesigns (who's spastic stars you also see throughout the city.)  We began chatting, made friends and soon after he gave me the flamingo hat off his head - it was like Christmas!  I was very appreciative to say the least.

As I developed the "Graffiti Characters" blog series (and after overcoming a few technical difficulties) I knew Zoe would be among the first to feature.  So here we go...
Zoe, I'm guessing you are a native of Miami, correct?
Yes, I'm Florida born and Miami raised.  I’m just a chill guy, enjoying life in the magic city. I love my  city, good music, and great food.

When did you first begin perusing art?
When I was younger, I saw a homeless man painting. I can’t remember what he was painting, or what his name was, but I do remember how I felt watching him. That’s when I decided that I wanted to paint, and inspire in others, what he inspired in me.

You mentioned you have three Miami style characters, and now we know their names; the most popular seen around the city is the flamingo - Puna, the alligator - Chompers  and the girl - Alani.  How did your characters come to be?
I’m all about the 305, so they were born from the people I meet and the scenes I see every day on the streets, at work, everywhere!  Puna has a lot of myself, Chompers and Alani are his supporting cast. 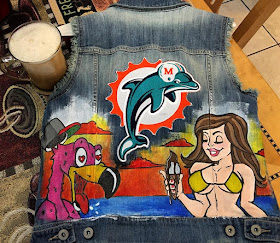 The gang's all here!
What do you want people to know about your art characters?
That they are a reflection of South Florida life. They are a bit of me, you, and everyone who has lived in this city long enough. We have all met someone like them, or are like them ourselves. 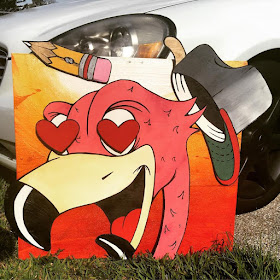 You have them on all kinds of medium; stickers, caps, clothing, canvases to big walls – which is your favorite to paint on?
Every surface is my favorite. Every surface brings out different aspects of my characters. They are big time Miami which I love. 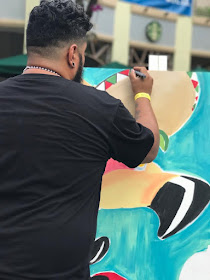 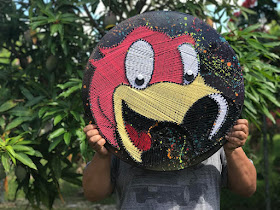 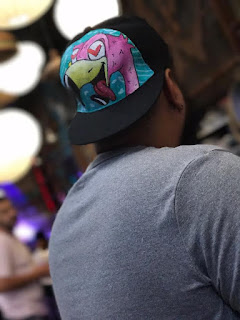 Have you painted them in other cities, countries bringing a taste of Miami to those places?
Not……YET!!! That’s the plan though.

What do you want people to understand or take away from your character(s)?
That no matter how hard, dire, or gray life gets, there will always be a space for color, laughter, and art.

Do you collaborate much with other artists? If so, whom has your character had the most fun with?
I do a lot of work with Andrea (@freakykissdesigns), Puna always has a blast with her #SpazticStars. 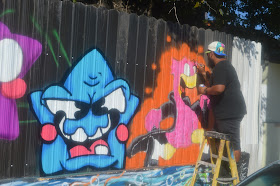 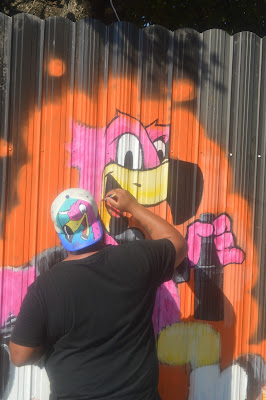 Above & below with  Andrea, FreakyKissDesigns 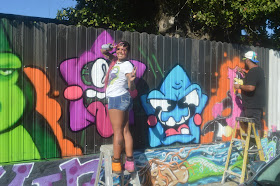 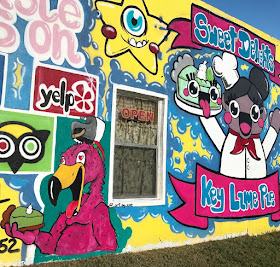 Anyone special or a brand you’d like to collaborate with?
Ohhh man, there are so many great people I’d love to create art with!!  For example; @MiamiNate, @il_surge, @coinslot, and @golden305 are at the top of my list.

Tell us anything you’d like about your future plans, goals for 2017 for you and your character:
To be everywhere! I’m hoping to launch my website/store soon. I have so many ideas! 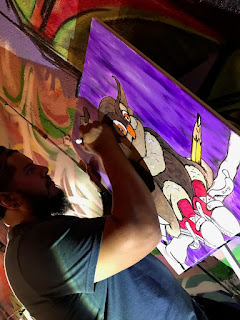 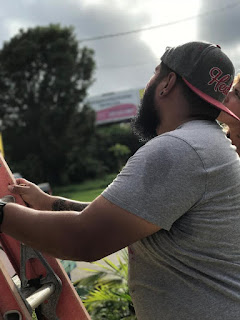 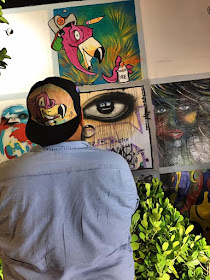 What music do you listen to while creating, if any?
Music is always blasting, mostly hip-hop. Recently I have been getting into old-school blues.

Where do you find inspiration?
Literally EVERYWHERE! From walls, to the sky. From a plate of food, to my girl’s nails. 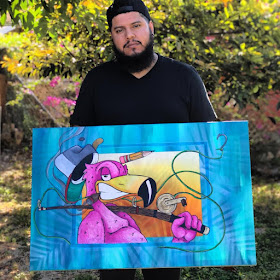 If you could have dinner with one or two people, dead or alive who would they be
and why?
I don’t know about dinner, but I would love to have a drink with the creators of Ran & Stimpy. 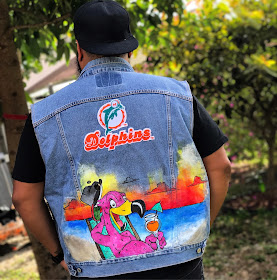 That's all folks.  Now when you see these characters on the streets, you'll know their origin.   Be sure to follow along with Zoe and see what the characters are up to next follow
him here on Instagram: @_Art_By_Zoe and on Facebook at Lorenzo Acosta.
LEANNA at 10:06 PM
Share
‹
›
Home
View web version